Slightly later than normal, its time for another NXT UK round up!

What’s up guys and girls! Its “The Belt Guy” Paul, back once again with another bytesized NXT UK review!

After last week’s fantastic show, I’m really hopeful that they can keep the momentum going into this week. And who knows? Maybe WALTER will show up this week. Hopefully the missing posters helped…

This week we get to see Nathan Frazer take on the “East End Butcher”, Sha Samuels, as well as “The Thunderstorm” Sam Gradwell facing off against Trent Seven.

Supernova burns out in the East End

Opening the show, Nathan Frazer takes on Sha Samuels. Speed versus strength it seems. And initially, strength wins it, as Samuels dominated and shuts down all of Frazer’s attempts to fight his way back into the match.

Frazer is getting beaten more than Tottenham Hotspur in European competition, and Dar tells Samuels that it’s time for the Butchers Hook. Samuels attempts to lock it in but Frazer fights back and turns the tides in his favour. After a hard shot to Samuels, Dar talks trash to Frazer, and drags him out of the ring while the referee’s back is turned. This doesn’t turn out well for ol’ Noam, who takes a beating for his troubles, then when he slides into the ring to try and take out Frazer, the referee spots him and throws him out.

Samuels uses the distraction to attempt, as Josh P would call it, the most devastating move in alllllll of Sports Entertainment, the surprise roll up. However, he only gets a two count. Following this, Frazer hits an over the top rope Senton on Samuels, and tries to follow up with a crossbody, but Samuels catches him and slams him down for another two count.

Sha looks like he is back in control, and lines up another big move on Frazer, but he ducks it, springboards off the ropes into a beautiful Final Cut, then hits a frog splash for the win

Good win for Frazer here, and Samuels looked strong too. He doesn’t lose anything in defeat here.

Jinny and Joseph challenge the Subculture

After the opening match, we see a brief clip of an “altercation” backstage last week where Jinny and Joseph Conners taunt Dani Luna. Flash Morgan Webster walks in to make the save, then we cut to Conners and Jinny backstage.

Conners says that we’ve all heard the stories of what Subculture means to Webster. But they look at him and see a clueless, classless individual who hangs around with likeminded people. Conners mocks Webster’s “In Mod We Trust” motto, warning them not to mess with Jinny and himself, as they are higher class, and higher class always wins. Jinny chimes in with “In that we trust”

I may not have mentioned this before. But I really cannot stand Jinny. And to be honest, I don’t much like Joseph either…

After they’ve had their say, we see Noam Dar backstage complaining about not getting star treatment. The saying goes “three strikes and you’re out” but the referee threw him out after only two. But it’s ok, he’s cool, calm, and collected, and someone will pay for this.

Dar then calls out Ilja Dragunov and says he will pay for this, challenging him to a match.

I do not see this ending well for Noam Dar….

Back in the ring, Ashton Smith is set to face Teoman. A short clip airs recapping their altercation from last week before the match begins.

This was actually a pretty competitive match. Smith got a lot of good offence in and was able to come close to a couple of pinfalls. But Teoman would spend most of the match working over Smith’s right arm in preparation for his submission finish. At one point, Smith hit a great Gut Wrench Suplex but due to the damage done to his arm was unable to secure a pin. This in turn led to Teoman locking in his crossface finisher for the submission victory.

He wasn’t done there though, as after the bell, Teoman would lock in the crossface again, bringing Oliver Carter out for the save. As he left the ring, Teoman would shout towards Smith “He’s not family!”

The less successful follow up single by Sister Sledge… My God, I’m showing my age with that “joke” aren’t I?

Overall, Smith put in a good shift but there was only ever going to be one winner in this.

Quite by chance, a camera crew runs into Ilja Dragunov backstage and ask him about his upcoming match with Noam Dar.

Dragunov says when he was on Supernova Sessions, he spoke his truth, whereas Noam spoke the truth he expected. He told everyone his story, but he has changed. One thing doesn’t change though. If you try to trigger or manipulate him, it will end in violence…

Again, someone needs to have a paramedic on standby for this match. Noam Dar might need it…

We are then taken to Jack Starz who is on the phone backstage. He ends the call and tells the camera crew (who again just so happen to be there) that he was just catching up with Piper Niven.

Pretty Deadly walk in and say that Jack is looking sad, taunting him about missing his friend. Jack tells them to quit it as he’s not in the mood. Seriously, has he just walked out of middle school?!

This of course, being a middle school environment, makes Pretty Deadly, who themselves act like schoolboys, mock him even more. Jack loses his cool and shouts at them, saying he’s sick of seeing them do their stupid voices. He says they’re a joke, and that he has no problem smashing their faces in (I can get behind that Jack!)

Pretty Deadly tell him if he wants to face them, he has to earn it like everyone else. But they’ll speak to Johnny Saint if he can find a friend to partner with.

I struggled to stay composed during this. Jack Starz shouting was like watching a Jack Russell bark at two, much larger dogs! 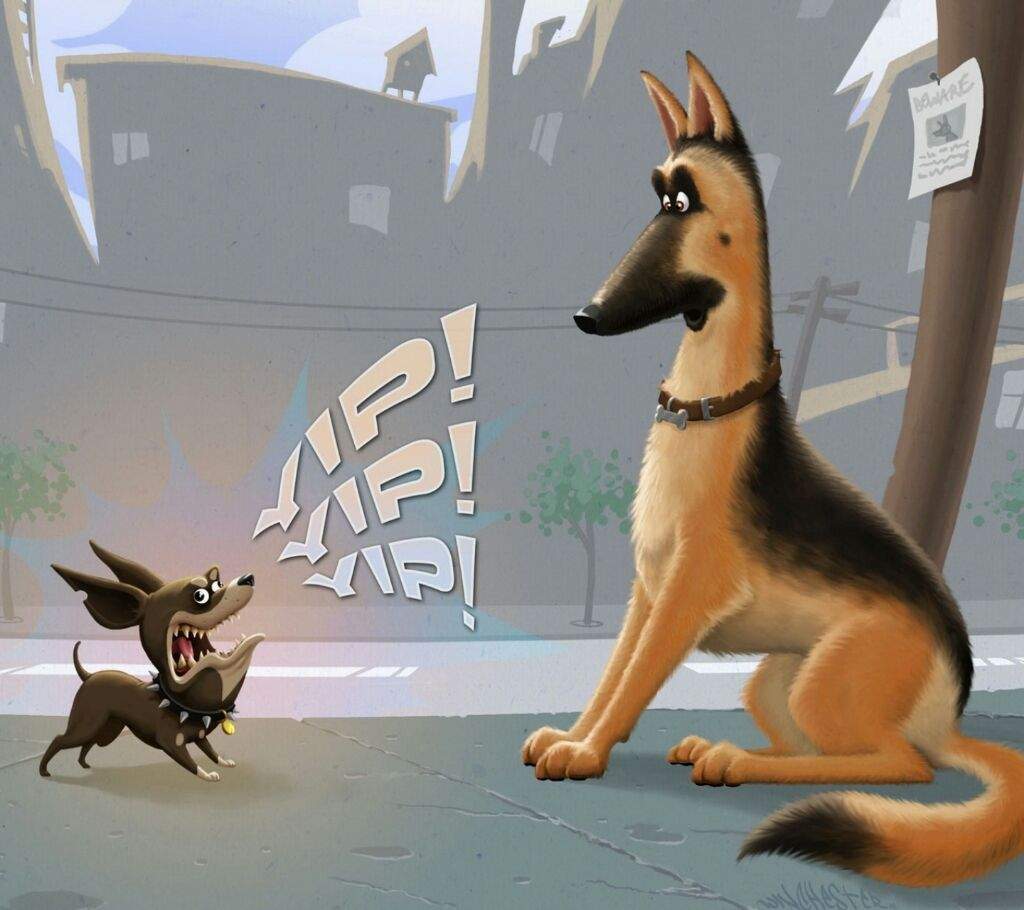 Kenny Williams is in action now for the first time since he beat Amir Jordan, with a new look and a freshly shaved face. Because nothing says character change like a shave. We even get video of him shaving off his beard. Truly, they’ve thought of everything…

Williams faces off against the debuting Andy Wild, who most recently performed for ICW… And I think…. Yep, here’s our old friend Michael!

Although Andy Wild dominates the opening exchanges, it doesn’t take long for Williams to turn the tide, with his usual array of dirty tricks and tactics.

Williams controlled much of the match from this point, although did take a nice belly to belly suplex for a two count at one point, but after this, Williams countered a deadlift German Suplex attempt into an inverted DDT for the win.

Sadly, Amir Jordan did not run in on this match. Which I had truly hoped he would…

All aboard the hype train!

A special treat now as we got not one, but TWO hype videos for upcoming matches!

We first learn that Meiko Satomura will challenge for the NXT UK Women’s Championship in two weeks. Kay Lee Ray says she is the forever champion, no one can beat her blah blah blah…

Meiko says that after she kicked her last week, she lost all respect for Kay Lee Ray, and is going to take the title from her. Can’t wait to see this match go down!

Right on the heels of this was the hype for Rampage Brown and Joe Coffey’s rematch. Rampage predicts pain and says that Coffey isn’t on his level, whereas Coffey says that this is still his kingdom.

No jokes, I am literally excited for these matches, if they happen on the same show, then we are guaranteed an excellent episode in two weeks’ time!

Trent sells the thunderstorm up the river…

Main Event time now, and “The Artful Dodger” Trent Seven takes on “The Thunderstorm” Sam Gradwell after their clashes in recent weeks. Gradwell as usual is very vocal, but they were also wearing very similar ring gear.

Truth be told, I’ve been really impressed with Gradwell the last few months, he’s really stepped up and is making a pretty good name for himself.

He started this match strong and to be fair dominated for long periods of the match, hitting various moves as well as mixing it up with a strong ground-based game. Trent was finding it tough to stay in the match at times, but after Gradwell had kept him grounded for a spell, Trent was able to get to his feet and land his patented DDT for a two count.

Trent then took the momentum, lifting Gradwell for a suplex before transitioning into a side slam. Gradwell kicked out of the resulting pin attempt and slid out of the ring, only for Trent to follow up with a suicide dive. Whilst the dive connected, Trent hurt his knee, and once Gradwell noticed this, he homed in on it like a northerner homes in on gravy (Except for James, because he’s some kind of heathen!)

Gradwell locked in a single leg Boston Crab, which Trent was able to reverse into his own, before Gradwell escaped the hold and sent Trent to the outside. From here, Gradwell hit a nasty looking flying forearm. With both men down, they crawled back into the ring and got in at the count of nine.

Both were looking pretty worn out, but that didn’t stop them taking this match to the top rope, and after some back and forth, where Gradwell tried to throw Trent to the outside, Trent would hit a superplex, resulting in a two count.

Trent then tried for his Seven Star “don’t-call-it-the-rainmaker” lariat, but Gradwell grabbed the top rope to stop this, before hitting a discus forearm which gained a two count.

Frustrated, Gradwell then hit a discus forearm to Trent’s neck, and hit a Michinoku Driver, but again Trent kicked out!

At this point neither looked like they could put the other away, so Gradwell went up top and attempted a splash, but Trent countered this by getting his feet up, then delivered the Seven Star Lariat, but Gradwell kicked out at two!

A chop battle then ensued, Trent would come out on top in this and would then hit Kenta Kobashi’s famous Burning Hammer finisher for the win! This closed out the show as Trent celebrated his victory.

This was a great match and really drove home what NXT UK is capable of when they hit consistency.

Overall, this week’s show, whilst not on the same level as last week’s, was still a great episode with plenty of in ring action and some great build up for upcoming matches.

But, once again, the NXT UK Champion is still missing. This concerns me deeply. It may be time to step up the poster campaign to find him.

Seriously WALTER, we just want to know that you're safe....

And with that, that brings us to the end of another Bytesized NXT UK review. Thanks for reading, and I’ll be back Tuesday with all the happenings from NWA PowerrrSurge!

ROH Survival Of The Fittest Bracket Has Been Confirmed, Set To Start In Two Weeks

A look back through history: The Original & NWA World Women's Championship, Part...

Major Match Appears To Be Set For Royal Rumble

This week Real Rasslin newcomer Hev covers both the Buy In and AEW Rampage, hailing...

The latest news coming out of NXT

Real Rasslin Podcast - Episode 1 - Is there a draft in...

Join us as we take a look at the latest news from the world of professional wrestling....

A detailed analysis of WrestleMania I and the events surrounding it, and the lives...

Kenny Omega all for a Relationship Between AEW & WWE

Which wrestling product do you watch the most?