Former NXT Champion Potentially Being Called On To The Main Roster 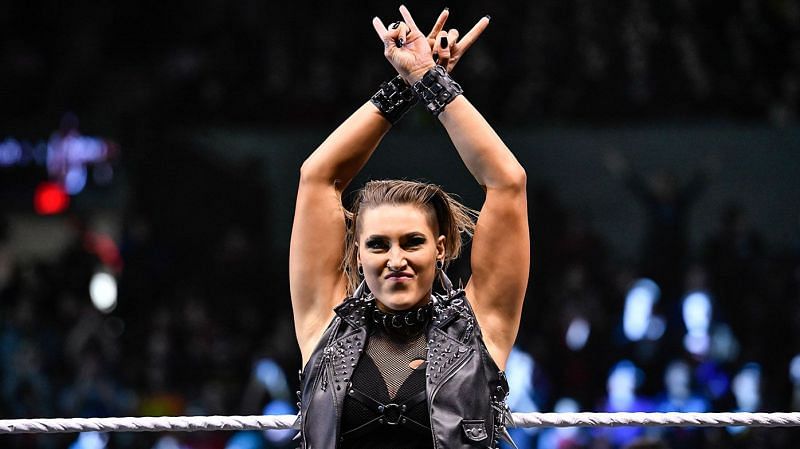 This weeks main event match saw NXT Womens Champion Io Shirai square off against former champ Rhea Ripley. Unfortunately for Ripley, she came up short with Io picking up the win after a fantastic spot which saw Ripley roll into the ring after being power bombed through the announce table breaking the referee's ten count, straight into an Io Shirai moonsault for the three count.

After the match the two embraced and hugged and many have speculated it was a send off for Rhea to the main roster. The biggest speculator is Dave Meltzer, stating on Wrestling Observer Radio that she may be appearing on RAW or SmackDown sometime soon, he said:

As previously reported from various sources, backstage officials are very high on Ripley after her stand-out performances last year at Survivor Series and her progamme with Charlotte Flair.

The most logical place to put her would be RAW, they have very little in the title scene at the minute, and inserting Rhea into that picture is likely to stir things up and bring some NXT eyes back to the main roster. There are, however, two vacant spots on Team SmackDown for Survivor Series this sunday, only time will tell.

WWE doesn't have the greatest track record with NXT call ups, so lets hope they find the correct use for Rhea.

Triple H has a new idea for NXT

Co-Owner of Real Rasslin. Fan of 26 years. Huge fan of Bret Hart. Technical wrestling is my jam. I tell you which wrestlers are decent or not on a weekly basis. Chants CM Punk when bored.

Eric Bischoff Claims NXT Is Not As Good As TNA At It’s...

Brock Lesnar Merchandise Removed From WWE Shop And No Longer...

The Dusty Cups, The Fight Pit, and more takes place this week!

Was The Undertaker Really That Good?

With his 30th anniversary quickly approaching, this week we delve back in like we...

How Well Do You Know The Undertaker?

The Undertaker retired at this Sunday at Survivor Series 2020 after an illustrious...

Announcer passes away at the age of 65

Retrospective Rasslin' - A Month in the Crazy World of...

Jason brings us his first monthly review of all the happenings in AEW and Impact...

Join Adz, Paul, and P-Nut as we run down the confirmed matches of AEW Full Gear...

Join Adz, Paul, James and P-Nut and new comers Pixc and Kyle, as they run down what...

Woes of a Wrestling Widow

In a short piece for Real Rasslin, Paul's wife Rosie shares her pain at living and...

Edge is heading to NXT tonight!

They think they know him....

Aleister’s future may be fading to Black...