A look back through history: The Original World Heavyweight Championship, Part Two

This is where it starts to get complicated...

In the first part of my article, I talked about how the World Heavyweight Championship gained its origins, from George Hackenschmidt's inaugural crowning up to when Stanislaus Zbyszko claimed the title from Gus "Americus" Schoenlein. The initial history of the championship was easy to follow, but unfortunately, from here on out, it becomes a little more complex.

Over the years we all heard about the great champions of the time, and given that the NWA Worlds Heavyweight Championship takes its lineage from the original championship, we all know the names Lou Thesz, Buddy Rogers, Gene Kiniski, Harley Race and of course, the legendary Dusty Rhodes. But a lot of the time, the certainly these days, the champions from before the world of "Sports Entertainment" don't get the recognition they deserve for paving the way for these legends. It was this fact, combined with the history and fascinating legacy of the World Heavyweight Championship which led to this article being written. 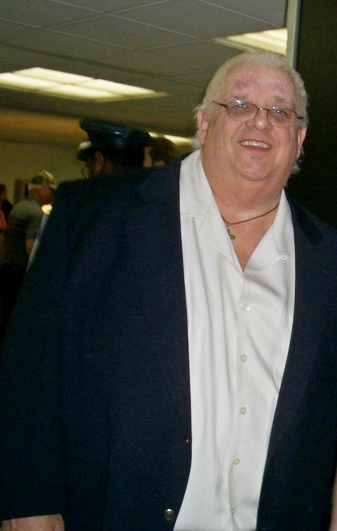 For all who read the first part, I thank you and I hope that you find this next part just as interesting and informative as the first, and that you enjoy it as much as I have enjoyed researching and writing it. Let's press on!

As mentioned previously, Stanislaus Zbyszko defeated Americus for the title on May 7th 1914, before leaving America until 1921. Unfortunately for Zbyszko, the title did not go with him, as he vacated it to enlist in the army ahead of World War One in October of 1914. Given the state of the world at the time, the championship hardly seemed to matter, and for a time the title remained vacant. However, on January 8th, 1915, Charlie Cutler claimed the title after defeating the American Heavyweight Champion, Dr. Benjamin Roller.  Whilst his claim was recognised in a small number of states, he was not widely recognised as the champion for various reasons.

Despite this, Cutler continued to proclaim himself the World Heavyweight Champion, and in fairness, few could really contest this at the time, even without official recognition. But his claim was soon challenged by that of Joe Stecher.

Joe and his brother Tony had decided to go pro in 1912, and in the preceding months Joe was shown to be the more adept wrestler, whilst his brother had a brilliant mind for the business. It was this that made Tony transition to Manager and trainer of his brother Joe.

Joe was no slouch though, he also had extensive knowledge of the inner workings of the business, and was known for his ferocity in the ring. He had incredible leg strength which was attributed to him squeezing huge bags of grain between his thighs until they burst open, and it was no real surprise that he gained national awareness by defeating one of the feared "Terrible Turks" of wrestling, Yussiff Hussane.

Forty-five minutes into their match, Stecher got Hussane in a patented Scissor Lock, and in desperation, Hussane got himself disqualified by biting Stecher's leg. Hussane was considered a "Strongman" but he had no reply for the tenacity of the young Stecher.

And so it was on July 5, 1915, and with Frank Gotch in attendance, Joe Stecher defeated Charlie Cutler and with it took the World Heavyweight Championship. He was officially recognised the world over, and was also the youngest World Champion ever at just twenty-two years old. Despite these accolades, many felt he was still under the shadow of the undefeated Gotch, who many still believed to be the World Champion, and so a match was arranged between the two, with it being hyped as the biggest match since Hackenschmidt v Gotch. Sadly, the match never happened, as Gotch broke his leg while training for the match, and his health deteriorated rather quickly, passing away on December 16th, 1917. 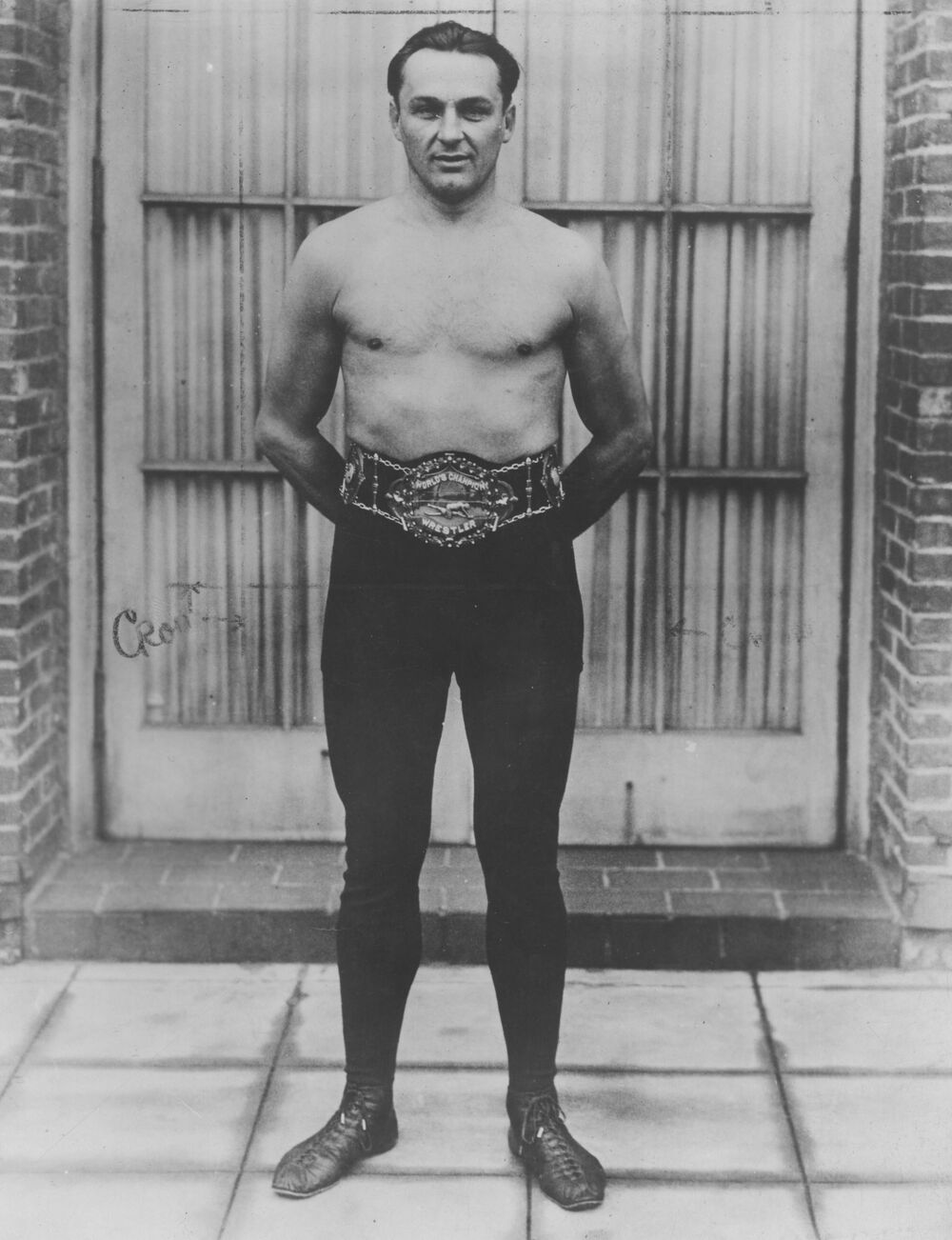 Just over a year prior to Gotch's passing, Stecher was to defend the title against John Olin, a twelve-year veteran of the squared circle. Olin had made some waves after being trained by Tom Cannon, a former European Greco-Roman Heavyweight Champion in 1904, but this was easily his biggest match to date. Now this is where the history of the championship really starts to get a little complex.

December 11th, 1916, Olin defeated Stecher by count out, and the referee awarded the title to Olin. Now of course, in today's modern world, a championship would almost never change hands on a disqualification unless stipulated prior to the match, but in 1916, these rules did not seem to apply, and so Olin was credited with being the New World Heavyweight Champion.

However, Stecher continued to claim he was the World Heavyweight Champion, and in essence, the title "split" in two here. Olin continued to claim he too was World Heavyweight Champion, and so the championship went down two separate lines. Stecher lost his version of the title to Earl Caddock on April 9th, 1917, while Olin would lose his version to Ed "Strangler" Lewis just under a month later.

Ed Lewis was a real big shot; he was part of the much vaunted "Gold Dust Trio" comprised of himself and promotors Toots Mondt and Billy Sandow. They controlled much of the professional wrestling world in the 1920's and are also credited with making changes to the business which led it towards the Sports Entertainment style we know and love today.

Although he won Olin's version of the World Heavyweight Championship, he was not officially recognised as the champion until much later down the line. In fact, he would only hold this version of the title for a little more than a month before losing it to Wladek Zbyszko, the brother of former World Champion, Stanislaus. The two traded the title back and forth throughout 1917, until December 22nd. This is where it got really complicated.

Zbyszko defeated Lewis, but Lewis continued to claim the title as his own. In February of 1918, Zbyszko was defeated for the "Olin" title by the officially recognised World Champion, Earl Caddock. This meant that the "Original" title was now back together as one technically, but as Ed Lewis still had his claim to the title, this meant that the Championship was not truly whole, as part of Olin's line was now fragmented further by Lewis. Thus, another match took place on May 19th, 1918, when Lewis and Caddock faced off to determine the Undisputed champion of the Olin line, but to confuse matters further, Caddock was STILL claiming to be the World Champion from Joe Stecher's line of the title! 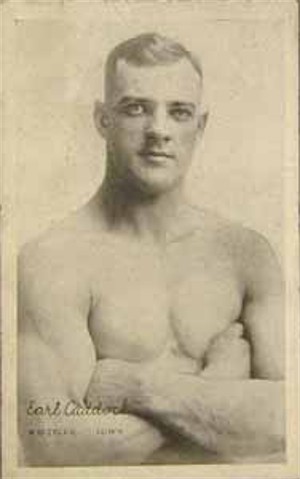 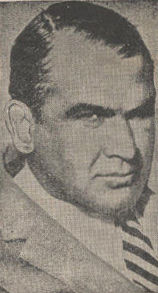 In any case, Lewis defeated Caddock and fully unified the John Olin line of the title, but with Caddock still claiming to be champion, the title was still fragmented. Yet another match between the two was sanctioned for June 21st, 1918, and on this occasion Caddock bested Lewis for the title.

But you guessed it, Lewis still maintained that he was indeed the champion, despite his loss to Caddock (confused yet?!)

This rumbled on until eventually, on March 21st, 1919, Wladek Zbyszko defeated Ed Lewis and finally brought the Olin Championship back under control. Lewis no longer laid claim to the title, and it seemed to be on its way back to becoming whole once again. But there was a final twist to come.

Thanks for reading! Come back for part three of the History of the Original World Heavyweight Championship, where we will look at the 1920's era and the domination of the Strangler! Also, be sure to check out all our other great articles!

A look back through history: The Original & NWA World Women's...

A look back through History: The Ring of Honor World Championship...

Ten Pounds Of Gold: The History Of The NWA World's Heavyweight...

Ten Pounds Of Gold: The History Of The NWA World's Heavyweight...

A look back through history: The Original & NWA World Women's...

James gives us the lowdown on this weeks Dynamite!

Fresh off of his hugely popular Sting article, Adz takes a look at the legendary...

It's Thursday, you know what that means... It's NXTUK time!

The documentary is being made by the makers of the hugely popular Michael Jordan...

Its the first NXT UK of May, and Paul is here with a new bytesized review!

We're back again running through the shenanigans on this weeks NXTUK!

Roman Reigns to be SmackDowns top heel, Major back stage...

This article contains spoilers from 28/08/2020 edition of SmackDown.

Are you excited for Crown Jewel?